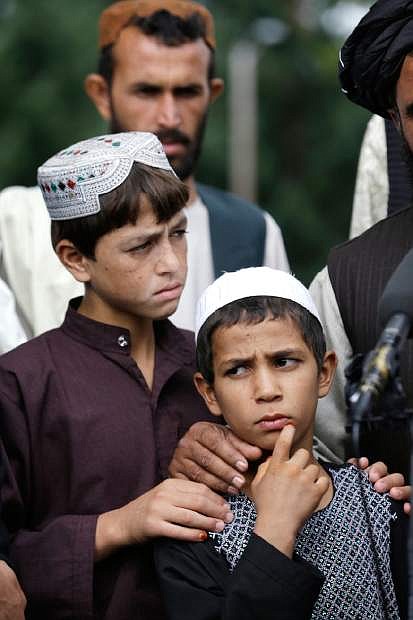 Sadiquallah, left, who was shot in the 2012 attack by Staff Sgt. Robert Bales, holds the shoulders of a younger boy named Khan as other Afghan villagers, some who testified earlier in the week, speak through an interpreter with reporters following a sentencing hearing for Bales at Joint Base Lewis-McChord, Wash. on Friday, Aug. 23, 2013. Bales, who massacred 16 Afghan civilians in 2012 in one of the worst atrocities of the Iraq and Afghanistan wars, was sentenced Friday to life in prison with no chance of parole. (AP Photo/Elaine Thompson)