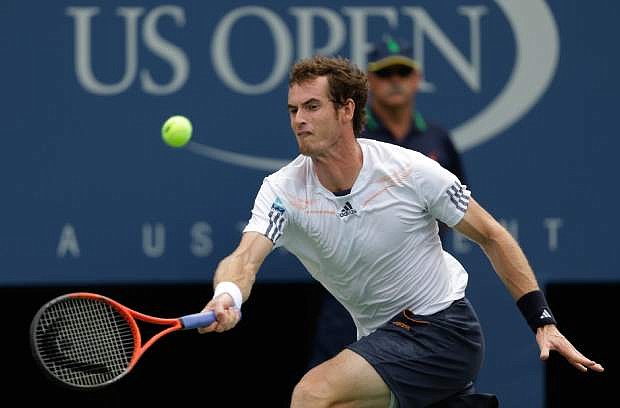 ADVANCE FOR WEEKEND EDITIONS, AUG. 24-25 - FILE - In this Sept. 8, 2012 file photo, Britain&#039;s Andy Murray returns a shot to Czech Republic&#039;s Tomas Berdych during a semifinal match at the 2012 US Open tennis tournament in New York. Britain&#039;s first male champion at Wimbledon in 77 years will attempt to defend a Grand Slam title for the first time in his career, at the U.S. Open. (AP Photo/Mike Groll, File)