Program to give out needles to curb disease 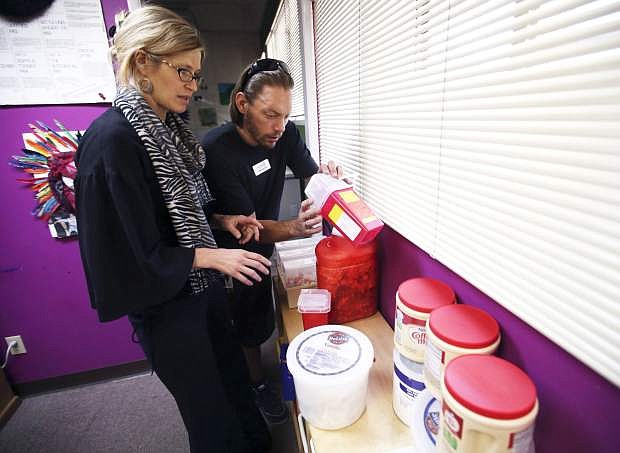 ADVANCE FOR WEEKEND EDITIONS AUG. 24-25 - In this Aug. 14, 2013 photo, Abigail Polus, harm reduction and outreach coordinator for the Northern Nevada Hopes center, and staffer John Saderlund talk in Reno, Nev., about their program to distribute free needles and safe disposal packets to injection drug users beginning in October. Unsafe and illegal disposal of used needles, from both medical and illegal drug users is a significant problem. Saderlund points out the difference between the safe, correct sharps containers in comparison to the common food containers people often drop off at their facility full of dirty needles. (AP Photo/Las Vegas Review-Journal, Cathleen Allison)