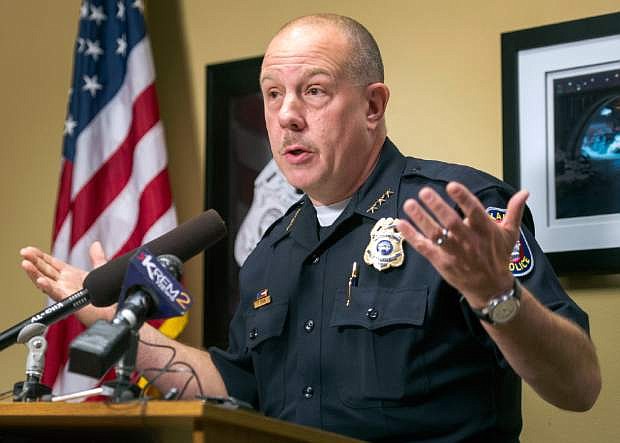 Spokane Police Chief Frank Straub talks about the arrest of a suspect in last week&#039;s beating death of an 88-year-old World War II veteran during a news conference on Monday, Aug. 26, 2013, at the Public Safety Building in Spokane, Wash. A second teenage suspect was arrested without incident early Monday morning at a friend&#039;s house in Spokane, police said. The first suspect turned himself in last week. (AP Photo/The Spokesman-Review, Colin Mulvany)