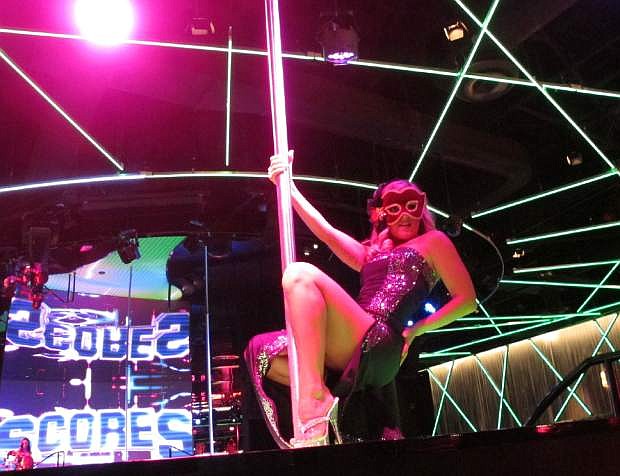 A dancer at Scores rehearses on Monday, Aug. 26, 2013, for the strip club&#039;s opening inside the Taj Mahal Casino Resort in Atlantic City, N.J. next month. It will mark the first time in 35 years of legalized gambling in New Jersey that a strip club has opened within a casino. (AP Photo/Wayne Parry)