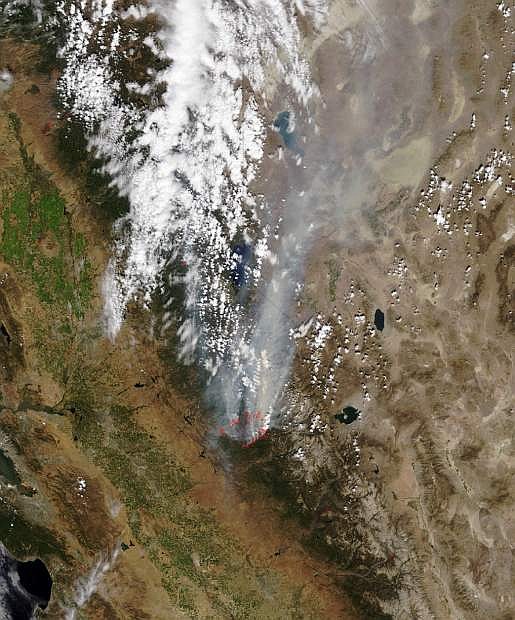 In this Monday, Aug. 26, 2013 satellite photo released by NASA, a smoke plume trails north from the drought-fueled Rim Fire, center, burning near Yosemite National Park in central California. Red outlines indicate hot spots where the satellite detected unusually warm surface temperatures associated with fires. Containment of the fire more than doubled to 15 percent, although it was within a mile of the park&#039;s Hetch Hetchy Reservoir, the source of San Francisco&#039;s famously pure drinking water, officials said. (AP Photo/NASA)