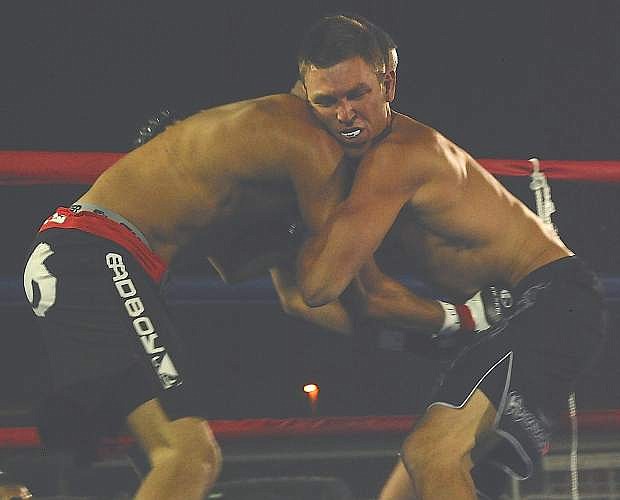 Fallon&#039;s Cody Downs, right, grapples with Gardnerville&#039;s Gio Mackey during their mixed-martial arts fight on Saturday at the Churchill County Fairgrounds. Mackey won by a knockout in the first round.