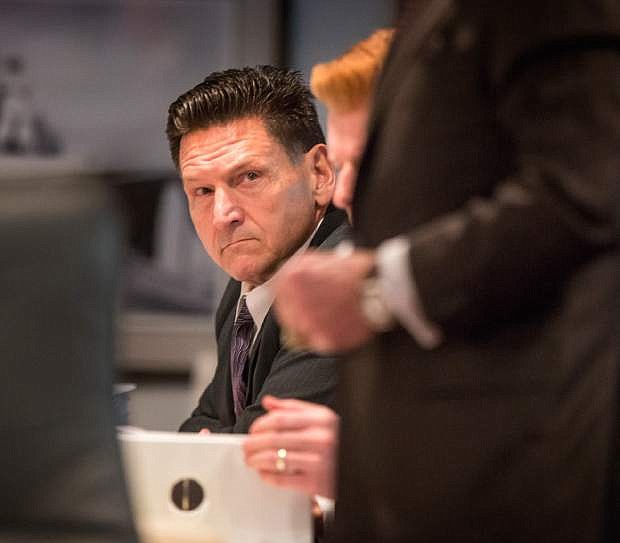 In this photo taken on Monday, Dec. 2, 2103, suspended Clark County Family Court judge Steven Jones attends his Nevada Commission on Judicial Discipline hearing at the Las Vegas Convention Center Boardroom in Las Vegas. The committee is holding a week-long hearing into allegations that Jones mishandled a romantic relationship with a prosecutor who appeared before him. (AP Photo/Las Vegas Review-Journal, Jeff Scheid) LOCAL TV OUT; LOCAL INTERNET OUT; LAS VEGAS SUN OUT