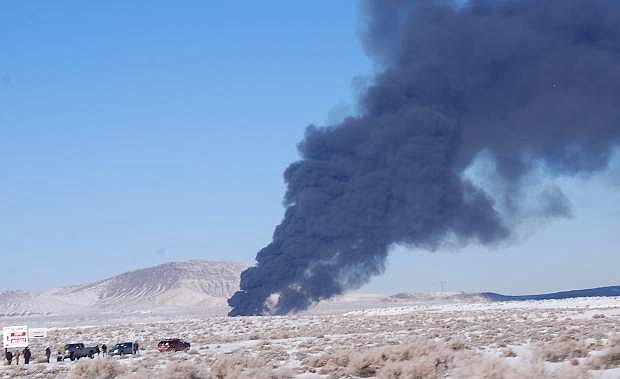 Black smoke could be seen from U.S. Highway 50 just south of Bango.