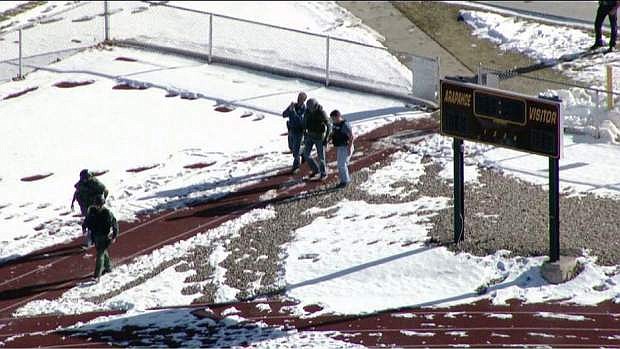 In this still image taken from video provided by Fox 31 Denver, police respond to reports of a shooting at Arapahoe High School in Centennial, Colo. Friday, Dec. 13, 2013. Colorado division of emergency management spokeswoman Micki Trost said her director went to the school and their weren&#039;t any more immediate details. (AP Photo/KDVR) MANDATORY CREDIT