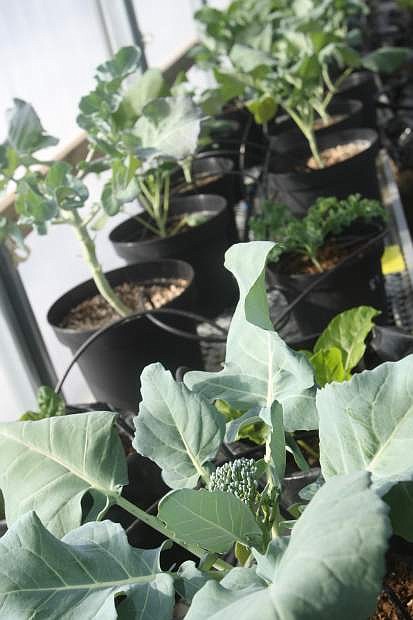 Broccoli grows at the greenhouse on Wednesday.