Utah gay marriage will go on 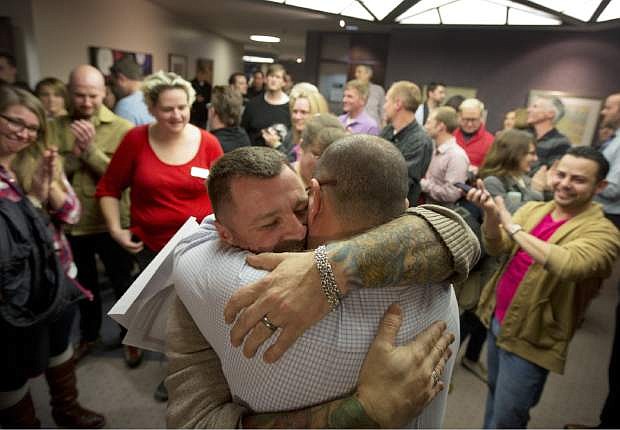 FILE - In this Friday, Dec. 20, 2013 file photo, Chris Serrano, left, and Clifton Webb embrace after being married, as people wait in line to get licenses outside of the marriage division of the Salt Lake County Clerk&#039;s Office in Salt Lake City. A federal judge on Monday, Dec. 23, 2013 is set to consider a request from the state of Utah to block gay weddings that have been taking place since Friday when the state&#039;s same-sex marriage ban was overturned. (AP Photo/Kim Raff, File)