The Victorians celebrate the yuletide season 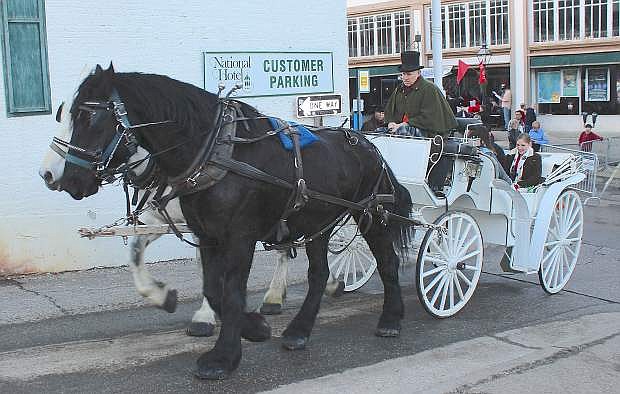 A horse-drawn wagon takes passengers for a short ride.