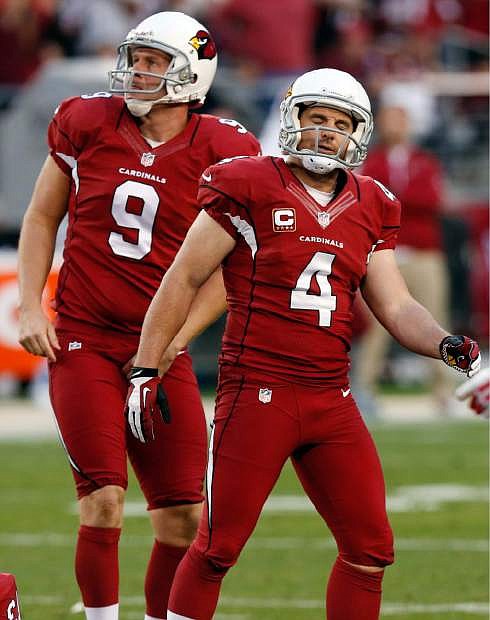 Arizona Cardinals kicker Jay Feely (4) stands on the field after he missed a field goal while teammate Dave Zastudil (9) is near during the second half of an NFL football game against the San Francisco 49ers, Sunday, Dec. 29, 2013, in Glendale, Ariz. The 49ers won 23-20. (AP Photo/Ross D. Franklin)