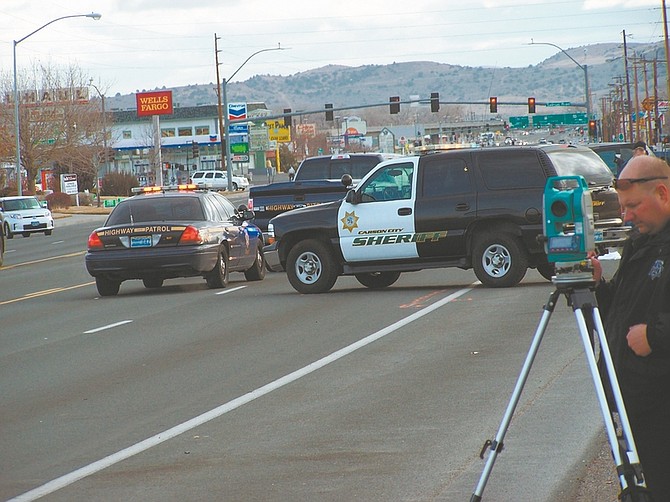 Trooper Kris Satterwhite mapping the crash scene with Sokkia equipment while parked emergency vehicles surround and protect the victim from being seen until the coroner completes his portion of the on-scene investigation.