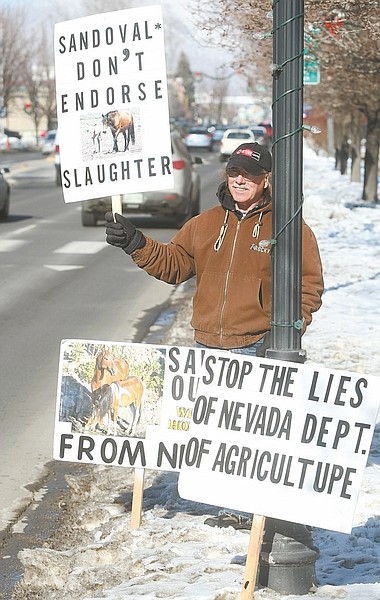 Shannon Litz / Nevada AppealRalph Arista of Virginia City holds a sign in front of the Nevada Legislature on Friday afternoon.