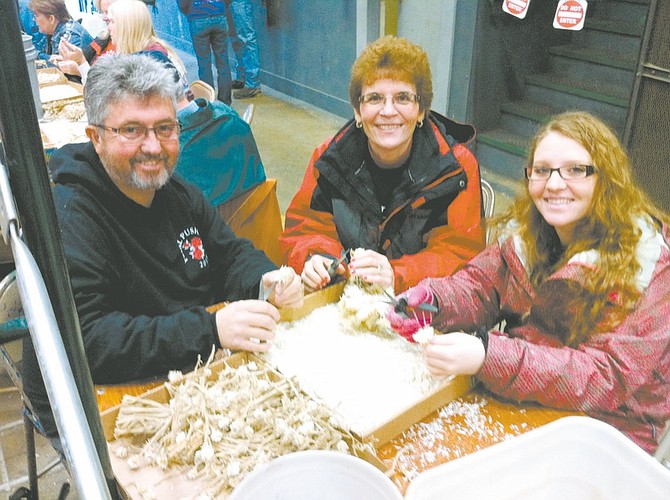 Carson City&#039;s Steve, Kathy and Bethany White were among the thousands of volunteers involved in decorating floats for the 2013 Rose Parade.