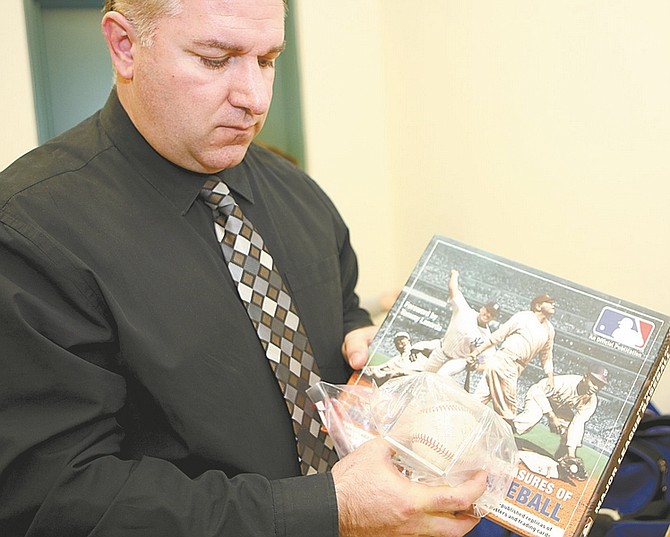 Photos by Shannon Litz / Nevada AppealCarson City Sheriff&#038;#8217;s Detective David LeGros shows a signed baseball and memorabilia that haven&#038;#8217;t been claimed, above, two rings, below, and a gold figurine, right, that were recovered from the burglaries.