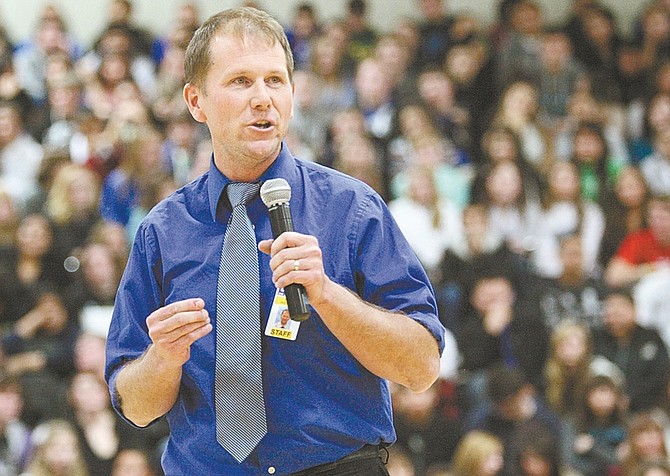 Shannon Litz / Nevada AppealCarson High teacher Adam Whatley speaks to CHS students after he was announced as the state teacher of the year on Wednesday.