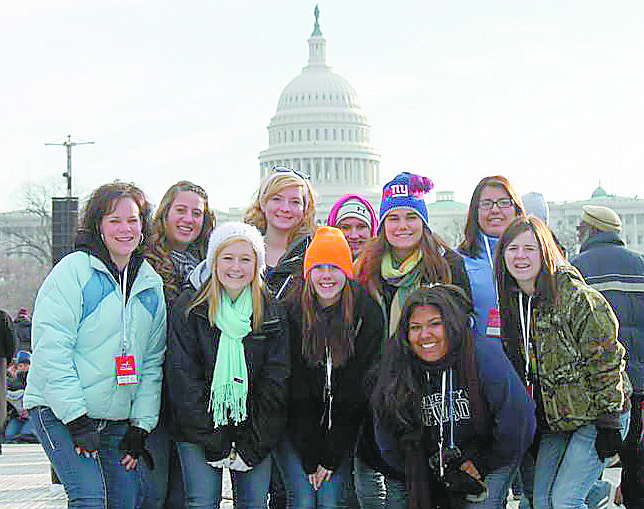 CourtesyCarson High School government teacher Angila Golik, left, and a group of students wait for the ceremony to begin Monday where President Barack Obama took the oath of office for his second term.