Add, subtract ... almost anything goes when it comes to hummus 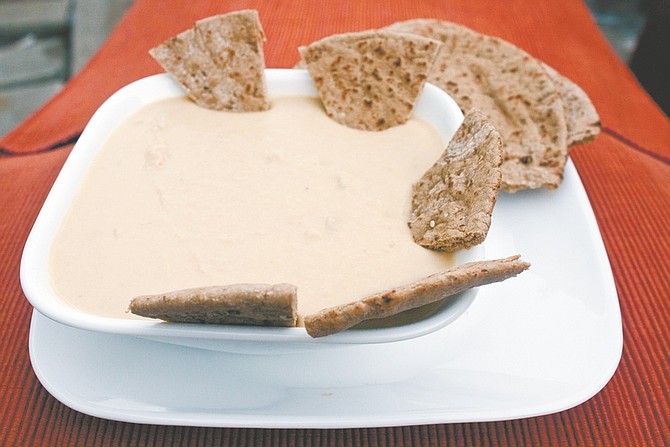 Wheeler Cowperthwaite / Nevada AppealHummus is shown with whole-wheat pita bread. I lightly toast the pita bread first. I&#038;#8217;ve found Trader Joe&#038;#8217;s is good for both the tahini, in the refrigerated aisle, and for pita bread.