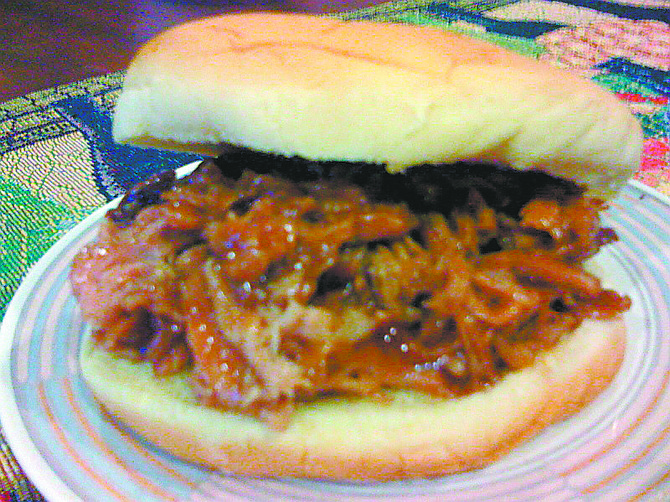 Courtesy David TheissDavid Theiss&#038;#8217; pulled pork takes 16 hours to cook, but it is well worth the wait.