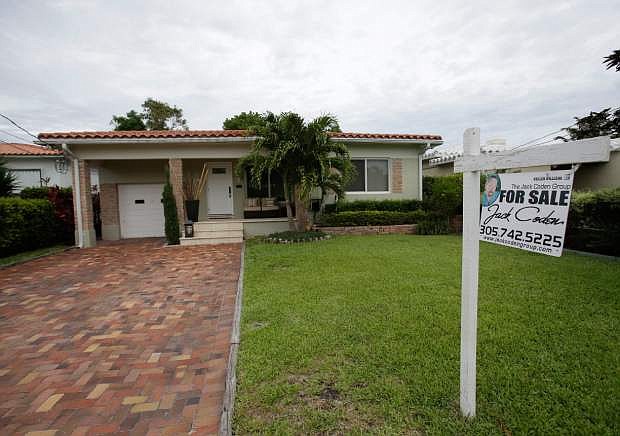 In this Tuesday, May 28, 2013 photo, a single family home is shown for sale in Surfside, Fla. U.S. home prices jumped 12.2 percent in May from a year ago, the most in seven years. The increase suggests the housing recovery is strengthening. Real estate data provider CoreLogic said Tuesday, July 2, 2013, that home prices rose from a year ago in 48 states. They fell only in Delaware and Alabama. And all but three of the 100 largest cities reported price gains. (AP Photo/Wilfredo Lee)