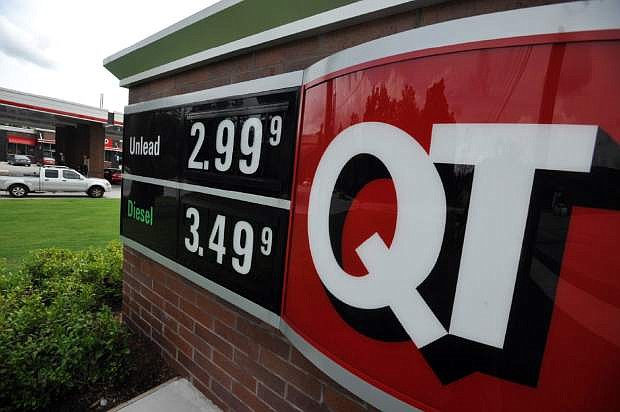 FILE - In this Monday, July 1, 2013 photo, a sign advertising unleaded gas for $2.99 is seen at a QuikTrip station in Greenville, S.C. Gasoline prices are on a summer slide, giving U.S. drivers a break as they set out for the beach and other vacation spots for the Fourth of July. (AP Photo/Rainier Ehrhardt, File)