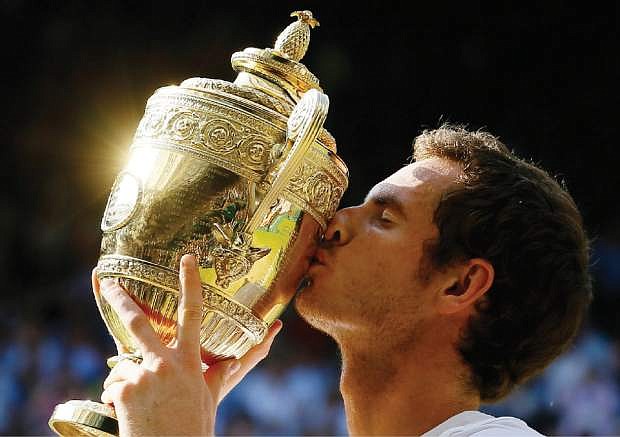 Andy Murray of Britain poses with the trophy after defeating Novak Djokovic of Serbia during the Men&#039;s singles final match at the All England Lawn Tennis Championships in Wimbledon, London, Sunday, July 7, 2013. (AP Photo/Kirsty Wigglesworth)