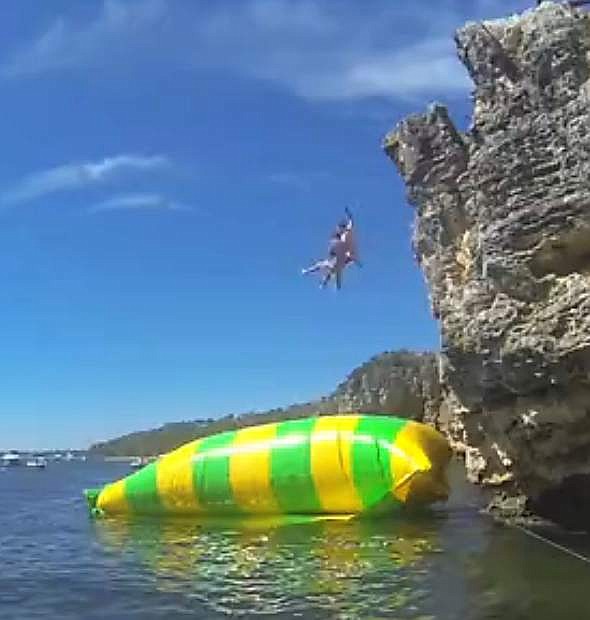 An athlete uses a video camera to give a first-hand perspective on how a blob is used.