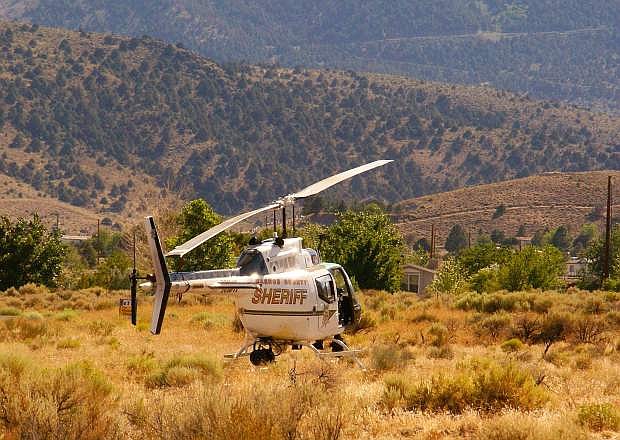 Washoe County&#039;s RAVEN helicopter participated in the search for a TRE man in connection with a shooting on Thursday afternoon.