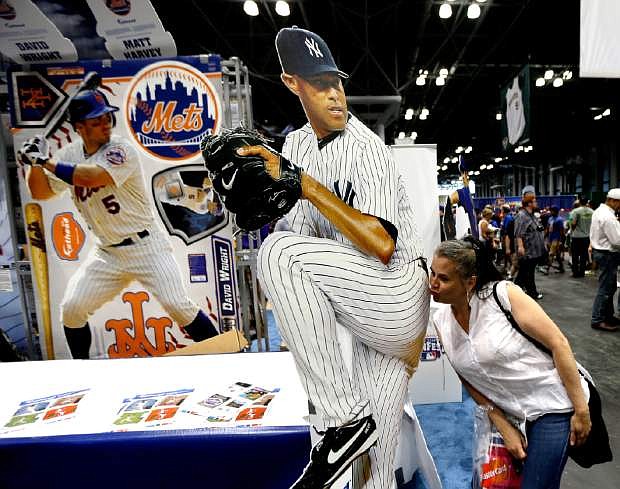 Evelis Cruz, of the Bronx borough of New York, kisses a cutout photo of New York Yankees pitcher Mariano Rivera while posing for a friend during the All-Star FanFest in New York&#039;s Javits Convention Center, Saturday, July 13, 2013. The five-day event is being held in conjunction with baseball&#039;s All-Star Game. (AP Photo/Julio Cortez)