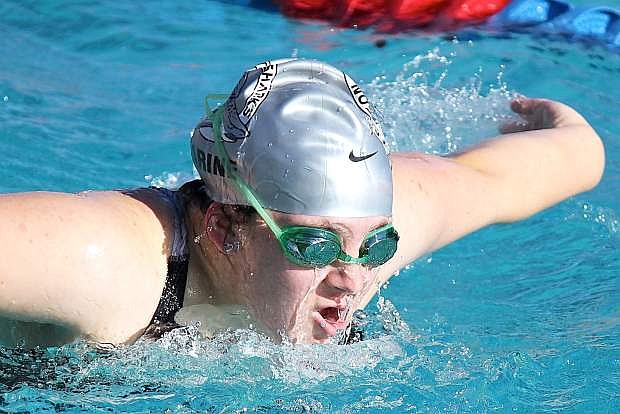 Madeline Carine, 15, won the 200 fly and was third in the 100 fly at the Swimming at Altitude event.