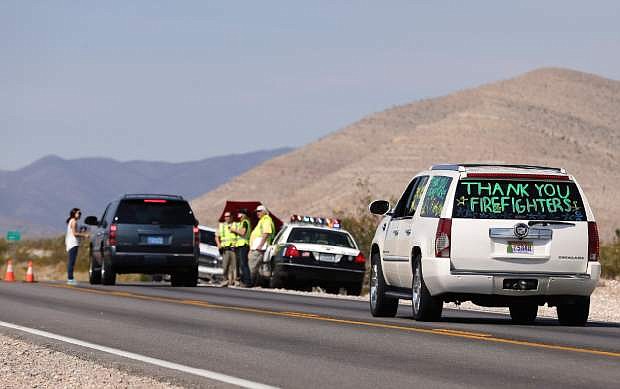 Motorists pass through a checkpoint on state route 157 returning to their homes in Kyle Canyon, Wednesday, July 17, 2013, near Las Vegas. Residents are heading back to mountain hamlets once threatened by a massive wildfire which began July 1, on Mount Charleston northwest of Las Vegas. Police were operating checkpoints for more than 400 people due to return to the Old Town, Rainbow and Echo communities in Kyle Canyon. (AP Photo/Julie Jacobson)