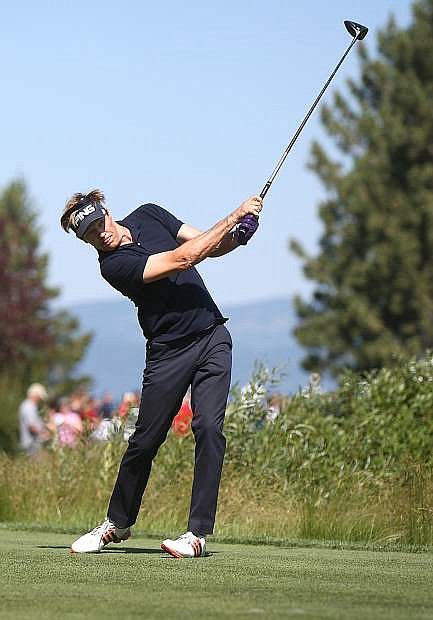 Actor Jack Wagner tees off during the first round of the American Century Championships on Friday. Wagner finished the day with 10 points.