6 tied for lead at Sanderson Farms 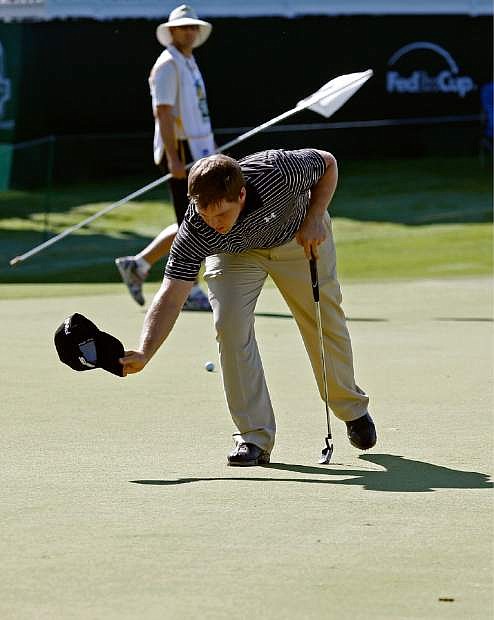 Daniel Summerhays uses his hat to clear off some debris prior to putting on the 18th hole during a weather-delayed second round of the Sanderson Farms Championship golf tournament, Saturday, July 20, 2013 in Madison, Miss. (AP Photo/Rogelio V. Solis)