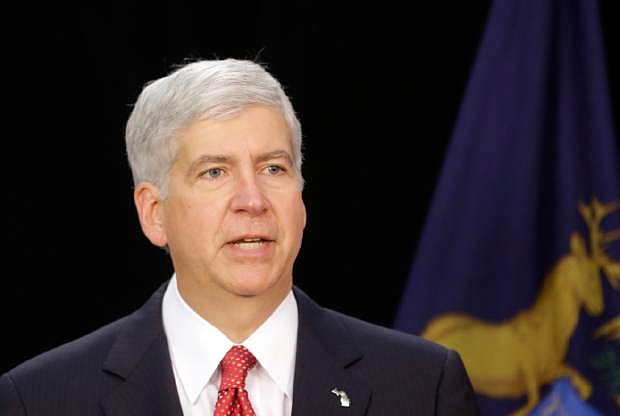 Michigan Gov. Rick Snyder addresses reporters during a news conference Friday, July 19, 2013 in Detroit. Seven governors came and went during the decades-long decay of Michigan&#039;s largest city that culminated with a humiliating collapse into financial ruin. It&#039;s the eighth, former business executive and relative political novice Snyder, who is aggressively tying his legacy to the prospects of a Detroit turnaround. (AP Photo/Carlos Osorio)