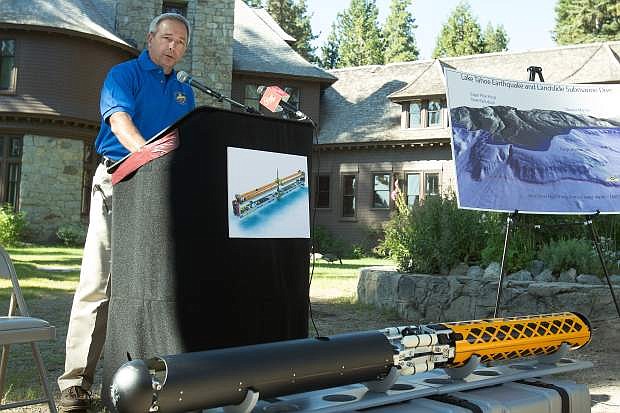 March Nechodom, director of the California Department of Conservation speaks to reporters at Sugar Pine State Park Thursday. In front of Nechodom is a quarter-scale model of the submarine.