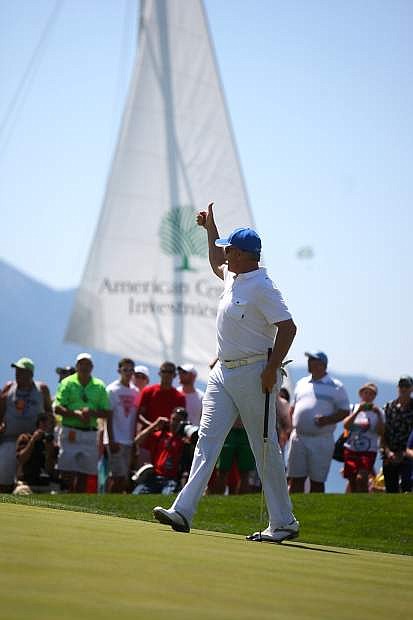 John Elway gives the thumbs up to the crowd on the final green at Edgewood Tahoe Golf Course on Saturday.