ACC Notebook: Michael Phelps jokes about getting back in the pool 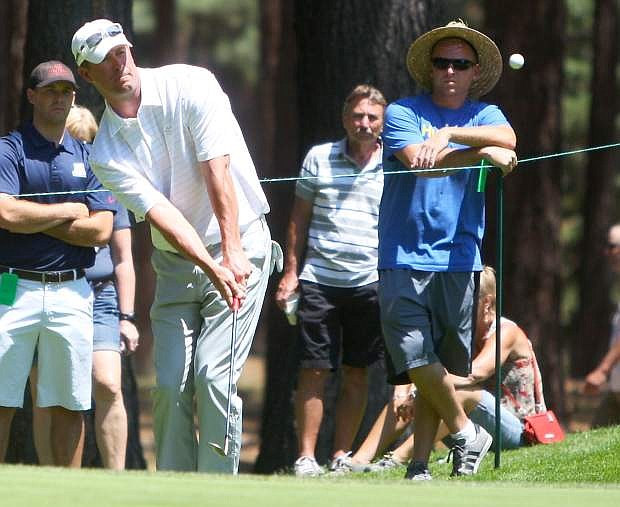 Mark Mulder chips to the green on No. 15 Sunday. The former MLB pitcher charged from eighth place to the front of the pack with 28 points in the final day.