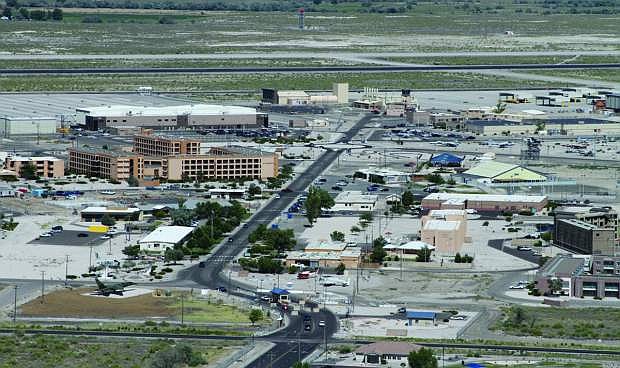 Sequestration at Naval Air Station Fallon has begun and will affect more than 400 federal workers and curtail some operations.