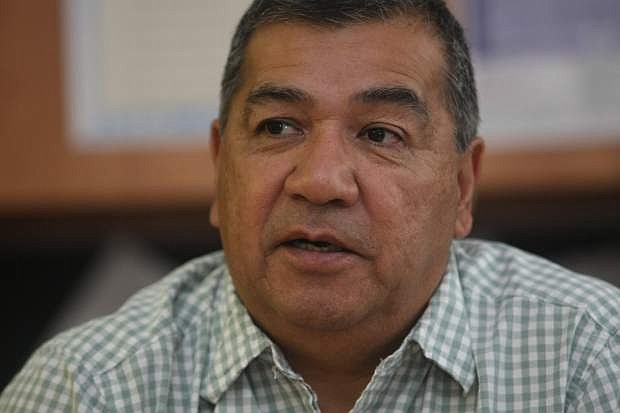 Darrel Cruz talks about the impact of the Bison fire on tribal land on Thursday.