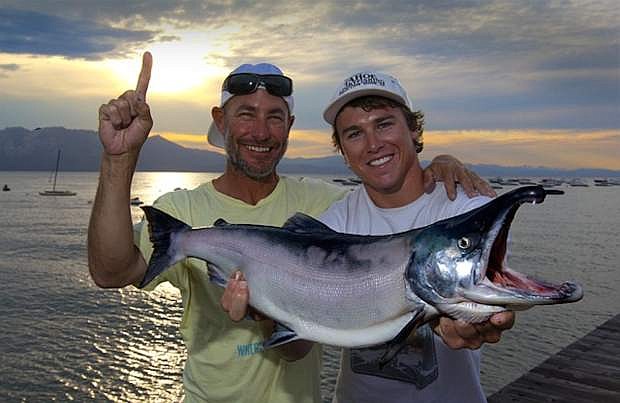 Captain Scott Carey and first mate Scott Hoffman of Tahoe Sports Fishing hold up the new California and Nevada kokanee record. The fish weighed in at 5 pounds and 2 ounces, beating the record of 40 years by 5 ounces.