More than 100 turn out at Genoa dedication 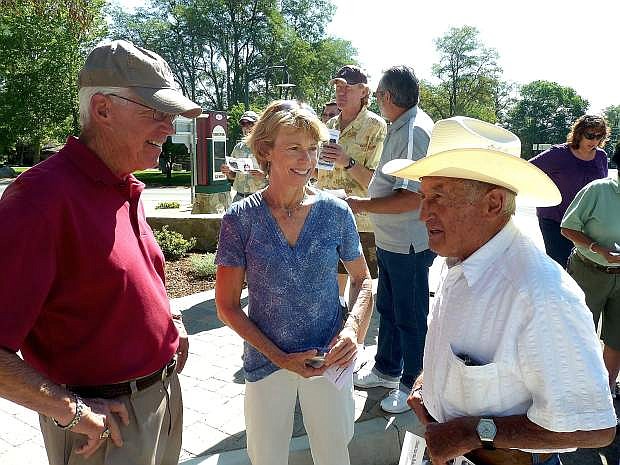 Dan Aynesworth, Sandra Wendel and John Ascuaga talk just before the dedication of the improvements to Genoa on Saturday.