Barnes is fighting to keep his tour card 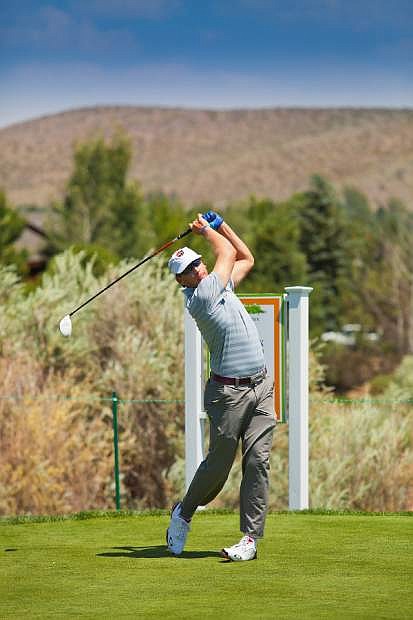 Ricky Barnes tees off during the Reno-Tahoe Pro-Am on Wednesday at Montreux Golf &amp; Country Club. Barnes and his wife, former University of Nevada volleyball star Suzanne Stonebarger, are expected to move to the Martis Camp Club course in Truckee this month.