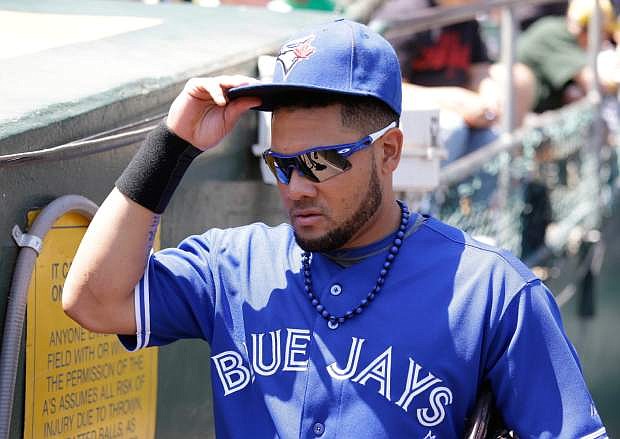 Toronto Blue Jays left fielder Melky Cabrera makes his way toward the dugout from the clubhouse before a baseball game against the Oakland Athletics, Wednesday, July 31, 2013, in Oakland, Calif. (AP Photo/Eric Risberg)