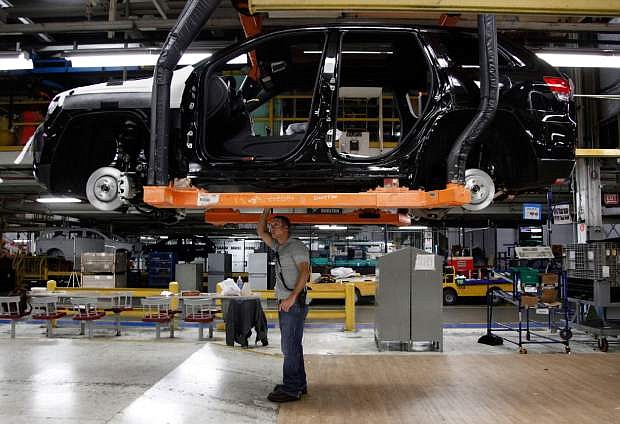 FILE- In this Wednesday, May 8, 2013, file photo, Jeff Caldwell, 29, right, a chassis assembly line supervisor, checks a vehicle on the assembly line at the Chrysler Jefferson North Assembly plant in Detroit.The Commerce Department issues its first estimate of how fast the U.S. economy grew in the April-June quarter on Wednesday, July 31, 2013.(AP Photo/Paul Sancya, File)