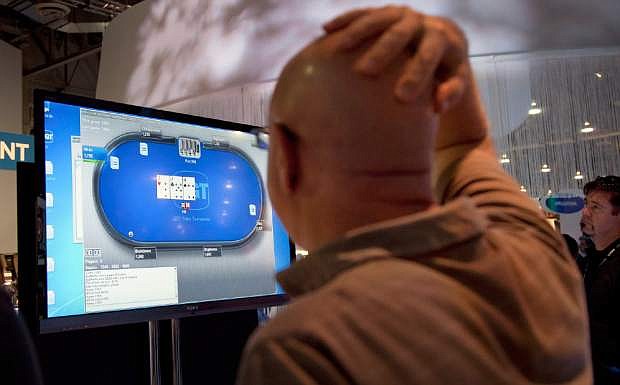 FILE - In this Oct. 4, 2011 file photo, casino industry representatives and exhibitors watch an online poker game during industry&#039;s G2E conference in Las Vegas. Republican New York Congressman Peter King introduced legislation Thursday June 6, 2013, that would rescue online gambling from a legal gray zone and fully regulate it. The federal government cracked down on online poker in 2011, but that same year, the Justice Department issued a ruling making online gambling legal so long as it is permitted on the state level. (AP Photo/Julie Jacobson, File)