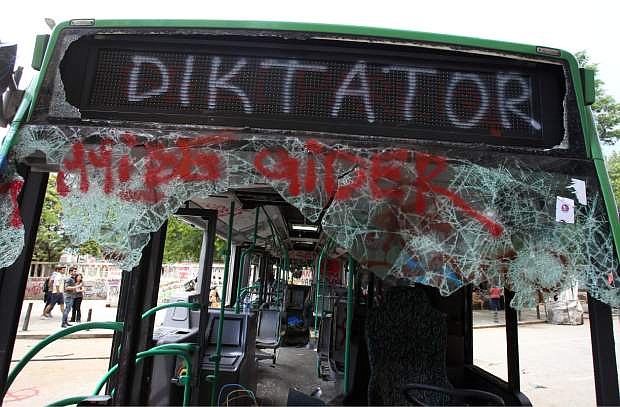 People observe a destroyed urban bus, with broken windows and the destination sign reads &#039;&#039;This bus goes to Dictator&#039;&#039; at the Taksim square in Istanbul on Thursday, June 6, 2013. Turkish officials, scrambling to contain tensions, have delivered more conciliatory messages to thousands of protesters denouncing what they say is the government&#039;s increasingly authoritarian rule and its meddling in lifestyles. (AP Photo/Thanassis Stavrakis)