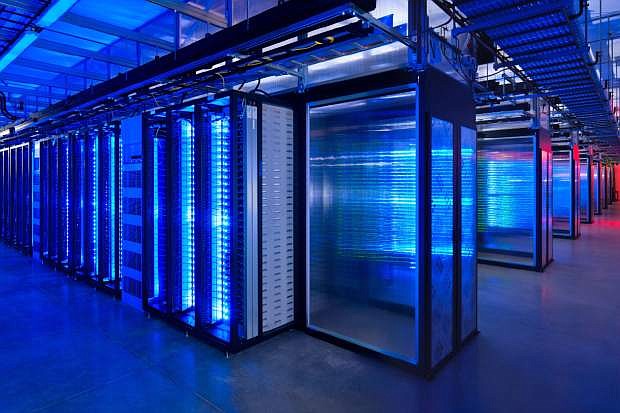 This undated photo provided by Facebook shows the server room at the company&#039;s data center in Prineville, Ore. The revelations that the National Security Agency is perusing millions of U.S. customer phone records at Verizon and snooping on the digital communications stored by nine major Internet services illustrate how aggressively personal data is being collected and analyzed. (AP Photo/Facebook, Alan Brandt)