Snowden not on flight to Cuba; location unknown 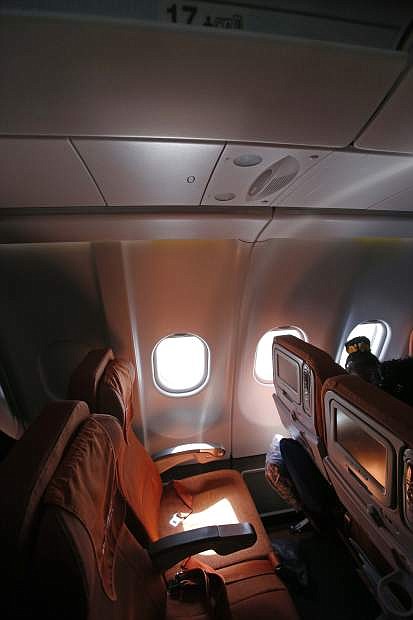 Light shines through a cabin window on seat 17A, the empty seat that an Aeroflot official said was booked in the name of former CIA technician Edward Snowden, during Aeroflot flight SU150 from Moscow to Havana, Cuba, Monday, June 24, 2013. Confusion over the whereabouts of National Security Agency leaker Snowden grew on Monday after SU150 Aeroflot flight filled with journalists trying to track him down flew from Moscow to Cuba with the empty seat booked in his name.(AP Photo/Alexander Zemlianichenko)