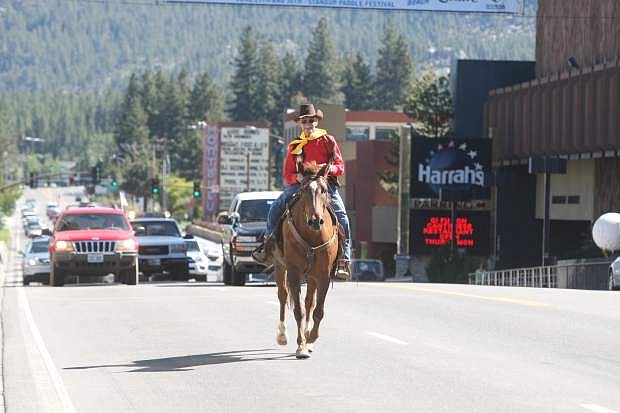 Bob Moore rides Casey on Highway 50 at Stateline during the annual Pony Express re-ride in 2013.