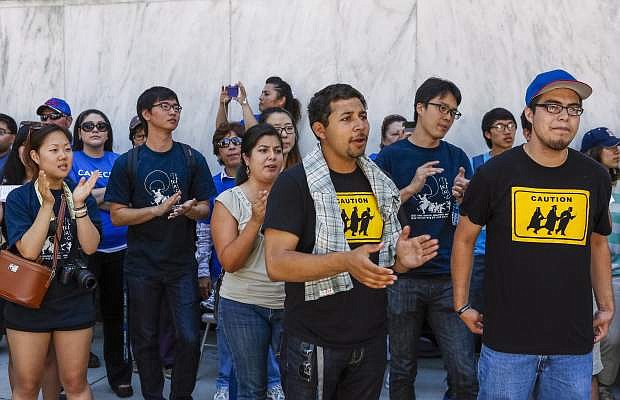 Immigrant students join a coalition of immigrant rights supporters on a 24-hour vigil calling on the U.S. Congress to pass immigration reform outside the Federal Building in Los Angeles Thursday, June 27, 2013. The Senate moved with uncommon bipartisanship Thursday to the brink of passage of legislation offering the priceless hope of citizenship to millions of immigrants living illegally in America&#039;s shadows, while also promising a military-style effort to secure the long-porous border with Mexico. (AP Photo/Damian Dovarganes)