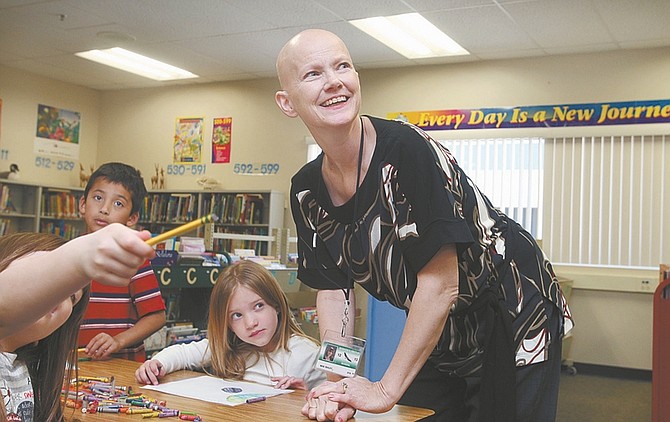 Photos by Jim Grant / Nevada AppealRiverview Elementary School librarian Jennifer Bailey, who is battling stage 4 cancer, works with kindergartners on a project about the moon.